Authors find correlation between the Vortex phenomena and magnetic fields

United States – “Physics tells us that the electron has a spin rate of one-half. If the electron, after what we consider a FULL circle (360 degrees), flipped 180 degrees and spent the other half of its spin in HYPERSPACE, that would account for 720 degrees, and when it emerged in our space it would be right back where it started.”
– Nick Nelson.

And this is exactly how Bruce Cathie describes it also. Hyperspace = Anti-Matter.

“I finally found proof of my argument in the works of Pythagoras. As my research progressed 1 discovered that the harmonic of the speed of light in free space had a value of 144. If this was divided by 2, to find the harmonic of one half cycle, or half-wave, the answer was 72. If this value was then applied to the Pythagoras right-angled 3, 4, 5 triangle and each side was extended in this ratio then the figure had sides of 216, 288 and 360 units. The harmonic proportions thus derived were equal to: 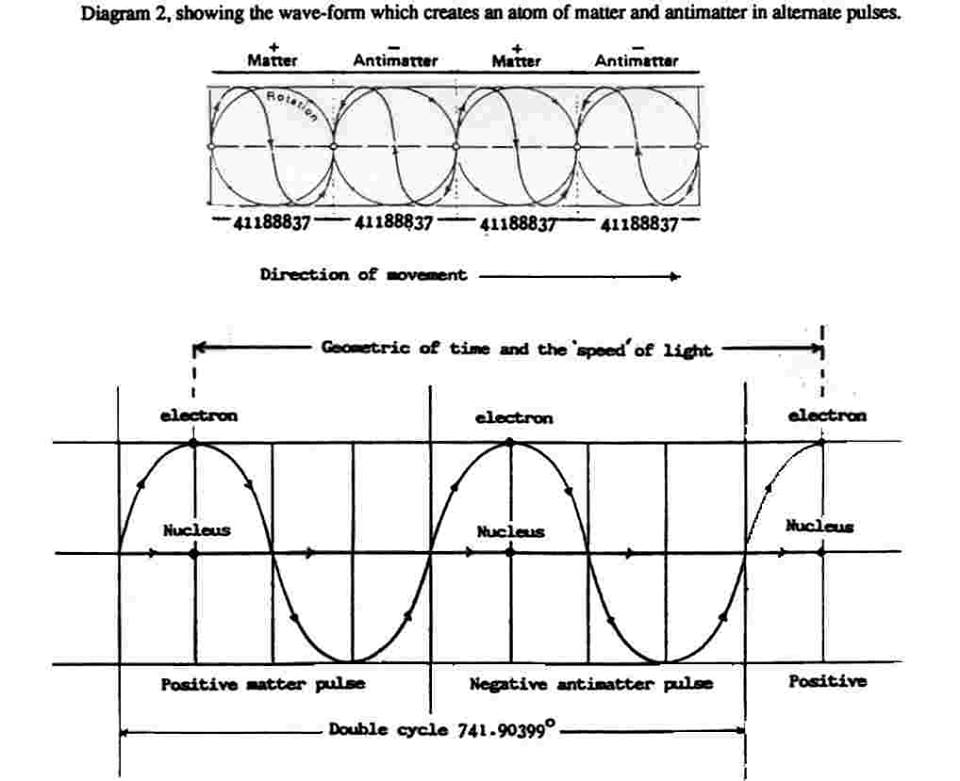 Meaning that both the proton and the electron are one in the same thing and just a different rotational spin.